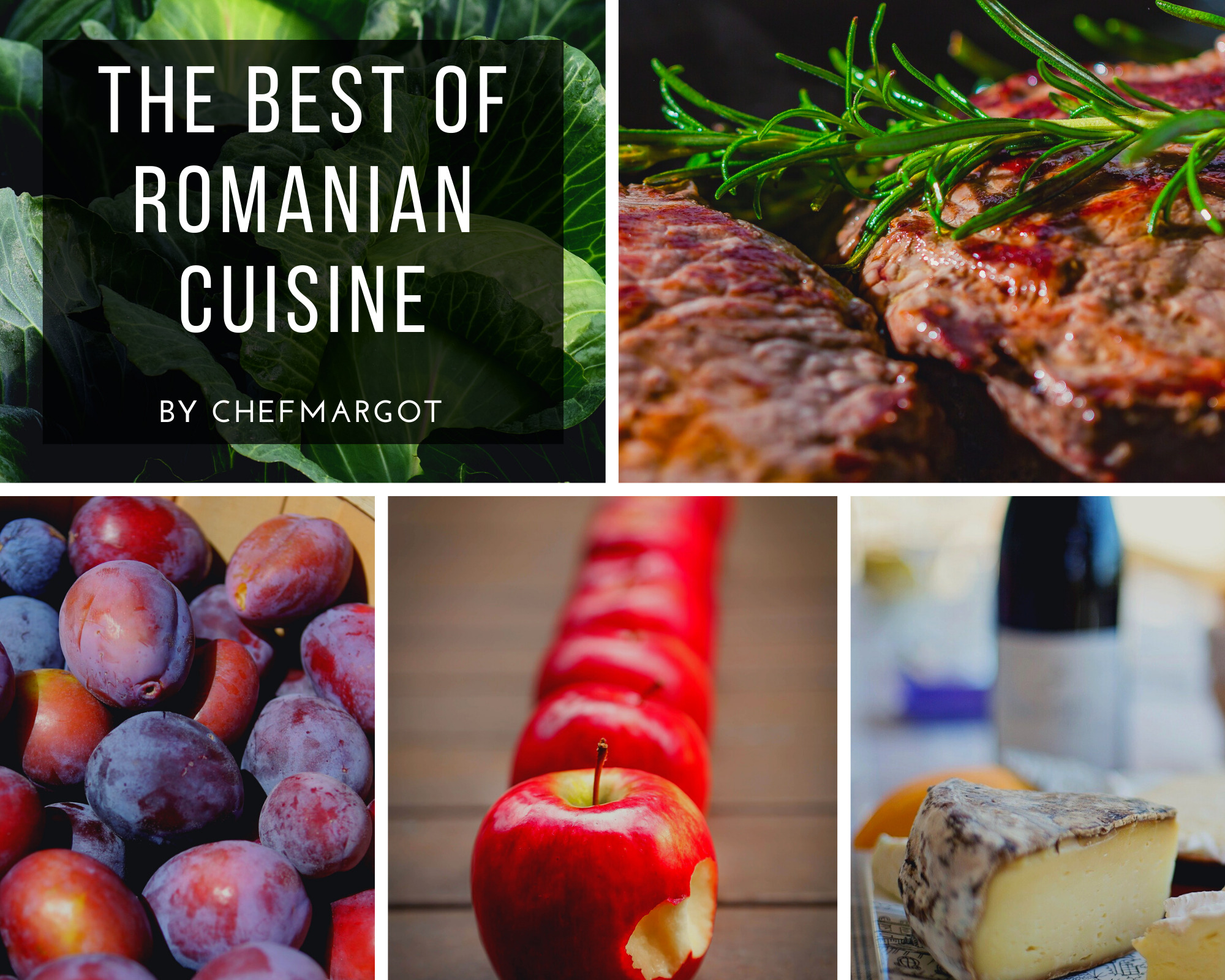 Romanian cuisine is a diverse blend of different dishes from several traditions with which it has come into contact— but never loses its own style and originality. Romanian dishes consist of vegetables, cereals, vegetable oils, milk, dairy products, and meat.

In the history of Romanian culinary literature, Costache Negruzzi and Mihail Kogălniceanu were the compilers of a cookbook “200 rețete cercate de bucate, prăjituri și alte trebi gospodărești”, In English, “200 tried recipes for dishes, pastries and other household things” printed in 1841.

Also, Negruzzi writes in “Alexandru Lăpușneanu”: “In Moldavia, at this time, fine food wasn’t fashioned. The greatest feast only offered a few types of dishes. After the Polish borș, Greek dishes would follow, boiled with herbs floating in butter, after that, Turkish pilaf, and finally cosmopolitan steaks” – Wikipedia

It is also said that, Cheese has been a part of Romanian cuisine since ancient history. Brânză is the generic term for cheese in Romanian; it is originally a Dacian word. Traditional Dacian cuisine included vegetables (lentils, peas, spinach, garlic) and fruits (grapes, apples, raspberries) with high nutritional values.

Ingredients You Can Recognize in Romanian Cuisine

There are varieties of recipes in Romanian cuisine, but there are only 7 basic ingredients that you can easily spot in different recipes! Such as pork, apples, polenta, cheese, smoked prunes, Borș (fermented wheat liquid), and of course, cabbage.

Considered as Romanian’s National dish, sarmale or cabbage rolls are made of minced meat (usual pork) mixed with herbs and rice and covered in cabbage leaves. This delicious meal is can also be served with Mamaliga (polenta) and sour cream. It’s very popular during the winter holidays.

Mamaliga is a popular traditional Romanian dish which is like a polenta. Best reed with cottage cheese and sour cream. Can also cut up leftover Mamaliga and sauté in olive oil!

Mici is translated as “Small ones” because they used to be only as big as an adult finger. Served with mustard, bread, and cold beer. Mici are popular on barbeques, street food, cottage weekends, and birthday celebrations.

Beef Tripe Soup is a must try soups when of Romanian Cuisine. It made from the stomach of a cow, vegetables, and special bones, flavored with tons of garlic and soured with vinegar. You can also add chili peppers and it would taste insanely delicious!

One of the traditional dishes that is prepared during December, when pigs are sacrificed for Christmas dinner. Fresh meat of pork that is cut from a slaughtered pig is fried in its own fat in a deep pan.

Also a traditional food, it is made from a sacrificed pig. It is a crunchy, salty starter called jumări from frying bits of bacon and pig fat.

A traditional Romanian Christmas bread, cozonac is a sweet bread that is very popular for its rich texture and delicious taste.

A delightful dessert with a donut shaped cottage cheese and semolina mixture that is first fried and then covered in sour cream and jam, preferably blueberry. It is delicious that makes you crave for more!

The star of the meal is without a doubt the recipe for lamb liver. Fresh, delicious, fragrant, served cold with mustard. A delight.

Beef salad is a very popular dish and present on all Christmas, New Year or Easter meals. Although its name reminds us of France, beef salad is inspired by Russian salad that is prepared with all kinds of fine and very expensive ingredients.

What is traditional Romanian food?

The top 10 best recipes above are also some of the traditional Romanian foods you must try!

What is the most popular food in Romania?

The most popular food in Romania is their National dish which is Sarmale, also known as Cabbage rolls.

Traditional Romanian food is known not to be the healthiest and lightest of cuisines. Read more about Romanian foods facts here: https://adventurousmiriam.com/romanian-food/