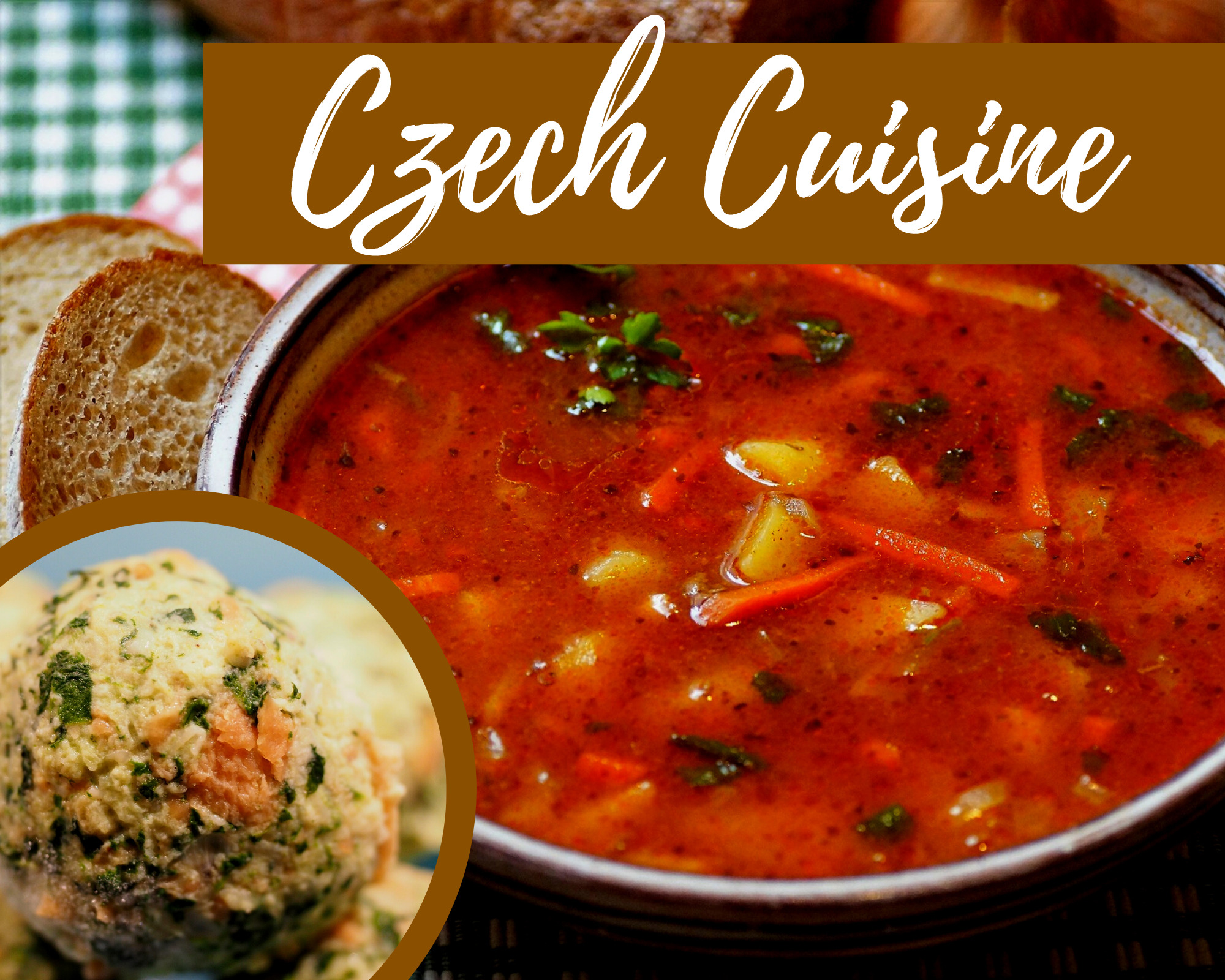 Czech cuisine is a type of cuisine that has influenced other countries’ dishes. Just like how neighboring countries and nations made an impact on their dishes.

With that being said, Czech cuisine has still managed to be dominant in every meal. This makes Czech cuisine unique and powerful.

Contemporary Czech cuisine is more meat-based than in previous periods; the current abundance of farmable meat has enriched its presence in regional cuisine. Traditionally, meat has been reserved for once-weekly consumption, typically on weekends. – Wikipedia

Czech meals have 3 main courses, the first course is soup, the second is the main dish and the third one is the dessert.

Pražská kuchařka by Karolína Vávrová is a 19th-century cookbook in the Czech language that shows influences of French cuisine in the order of multi-course meals common throughout the Habsburg Monarchy, beginning with soup, followed by fish entrees, meat, and sweets.

It is said that Vávrová deviates from this standard order for the sweets of the Mehlspeisen type. The flour-based sweets, including baked puddings, strudels, doughnuts, and shuffles could be served as an appetizer or dessert after the roast meats. On the other hand, stewed fruits, creamy desserts, cakes, ice cream, and cookies were to always be served after the roast, and for multiple dessert courses would follow this stated order.

Czech cuisine is lovers of pork, beef, soups, and desserts. Here are the most common ingredients used in its dishes.

What is a typical Czech breakfast?

A typical Czech breakfast consists of a slice of rye bread or a roll (rohlík) with a spread such as butter, jelly, or honey, or perhaps a slice of cheese or meat such as salami or ham. – tresbohemes.

Traditional Czech cuisine is not exactly a synonym for healthy cooking. Although Czech eating habits have been shifting towards a healthier lifestyle, traditional recipes are still popular – and those tend to be high in calories, fat, and sugar. Meat is very common, as are various sauces, condiments, and dumplings. – myczechrepublic

What is the national drink of Czech Republic?

The national drink of the Czech Republic is Becherovka. It is a herbal bitter and a digestive aid. Its distinctive taste is the result of a secret recipe based on a mix of herbs and spices.